The road to El Dorado may be paved in gold but unfortunately that’s not the norm for the rest of the world. I could be overly dramatic here and say something like “the road to Syria is paved in blood” but it’s not. Technically the road I know is paved in dirt. And probably debris. Although many of the roads to Syria are just plain empty right now.

The road I’ve seen most recently is completely unremarkable from any other road in the area along the Turkish-Syrian border and is fairly clean. Why? It’s not being used all that much. A few tanks drive by every now and then.  People flee Syria through rough terrain, across mountains, through forests, any way they can get out and avoid either border security forces trying to keep them from getting into Turkey or those who shall not be named (eh, yes I will, ISIS and Assad) threatening Syrian lives for disobeying and leaving. Allah forbid leaving a ‘caliphate’ that doesn’t even know what a real caliphate is. Or a President who would rather rule a country with no living citizens than have resistance.

I’ve stood in Turkey staring at the Syrian border. Well, where I thought it was – there isn’t a clear defined yellow line painted across the terrain to differentiate. The landscape of Syria was lush and green. Peaceful and serene. I couldn’t image the atrocities taking place there when all around me it was a beautiful day with birds singing and the sun shining. Then my little world of denial ended. Over the next few weeks I heard bombs hitting the ground dropped from planes or helicopters. Sometimes it was only a few sporadic booms in the distance throughout the day and other times many at once. It sounded like thunder during a bad storm – but there was no rain for me to blame the sounds on. It was surreal. I checked the Syrian Conservancy for Human Rights website religiously to find out what had happened and it was always the same – barrel bombs. The President of Syria was dropping bombs on his own people. Giant metal oil drums filled with shrapnel and explosive powder. There is nothing special in them – the government will use anything to cause pain – nails, metal pieces, tools, random things, whatever is accessible, it doesn’t matter as long as the results are devastating.

I remember one day checking the site and learning that a woman and her two young sons, ages 3 and 5, had been killed by the barrel bombs I’d heard. I felt immense sadness. And helplessness. It’s awful to hear death being handed down to innocent people who don’t deserve it. All I could do was sit looking at the road to Syria and listen to the explosions hoping each one would be the last. Or hoping that the people in the small villages would have time to find cover. I knew I was safe because first of all I was in Turkey but also because I’m not Syrian – the President is viciously targeting his own people for mass murder.  The feeling of relief at that realization then sent me into a wave of horrible guilt. And despair. Innocent Syrians – men, women, children, elderly, anyone. Nearly 180,000 killed so far by Assad. To put that in perspective, ISIS is at about 1,500. That’s 120 times more death by the government than the heinous terrorist group the world fears.

I guess I could say the road to Syria is paved in tears and emptiness. I mourn with the Syrian people and dream of the day when those roads will once again be crowded and bustling with joyous people freely coming and going safely to a beautiful country full of life. 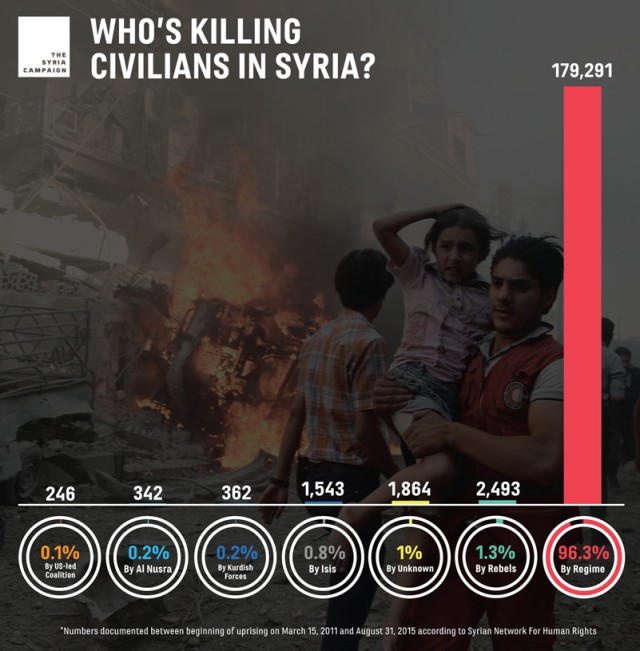