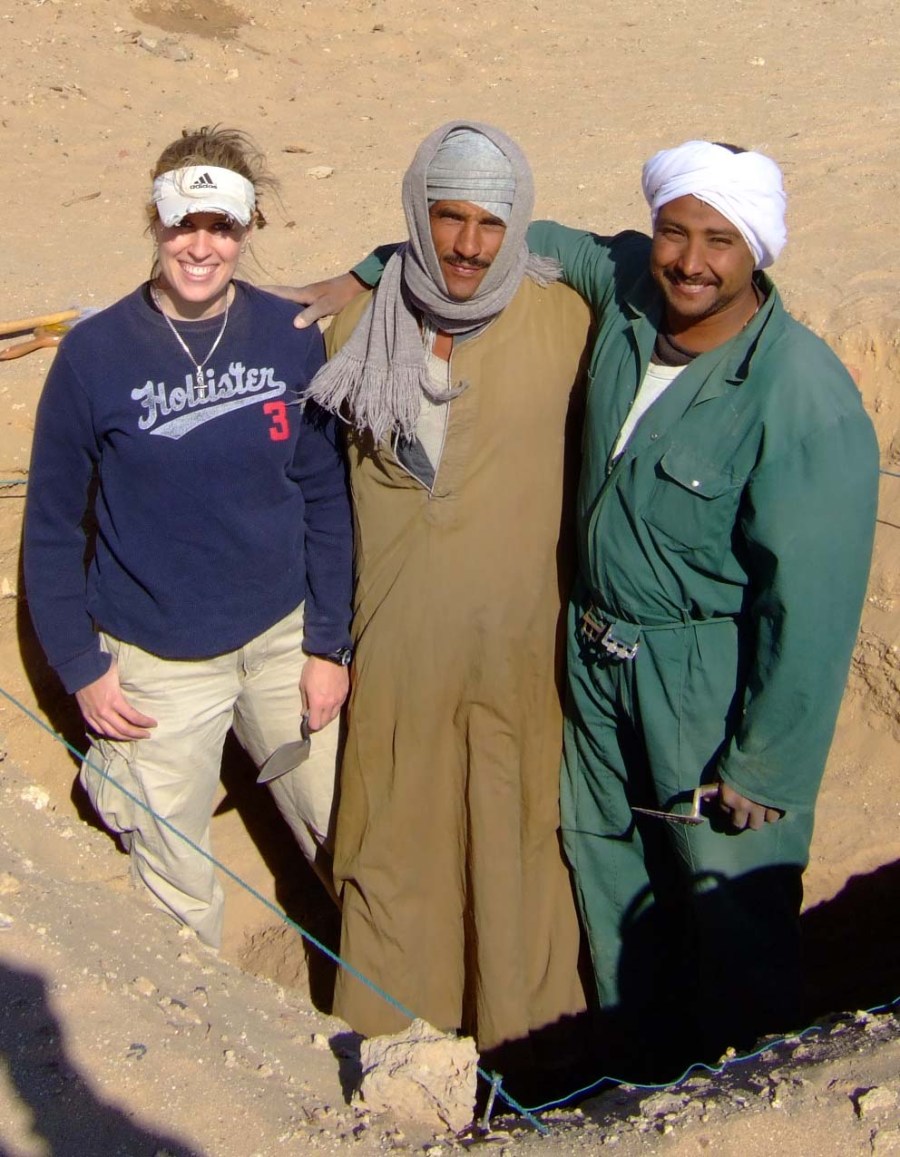 Just under 6 weeks ago I underwent hip surgery. I’ve been dealing with some bone and cartilage damage for a few years now that was often quite debilitating and I was finally able to get it fixed this summer. The recovery is long and I will spend many months in physical therapy but I am optimistic and excited every day when I make even the slightest bit of progress. [I lifted my leg 2 inches! Woohoo! Accomplishment level unlocked.] I am VERY lucky to live in a country where I can get the medical care and attention I need. My outlook is good and eventually I’ll be back to my old self running in the ravine near my home and Xbox Zumba-ing my ass off.

The first few weeks were very hard and being on crutches thoroughly SUCKED. Being unable to walk or fully take care of myself was quite humbling. I’m not one to easily ask for help and pride myself on how self-reliant and Independent I am. Again, I am very lucky, this time to have had caring family members to come stay with me and help. I probably could have figured out how to manage on my own, but I didn’t have to making recovery easier and faster.

Being home bound and off work, I’ve had a lot of time to think. One of the people that has come across my mind recently is my Egyptian buddy Hammad. I met Hammad on one of my early trips to Egypt working at an ancient port site on the Red Sea Coast. At that time, I was still getting my feet wet as a budding archaeologist. Because I was young and had to prove myself, the directors had me work in an area with nothing. It could have been something, perhaps the ancient coastline, but at the time we didn’t know for sure so why not have the newbie open some test trenches. SPOILER ALERT – it turned out to be a very important area uncovering the remains of many transport storage jars and artifacts indicating it was indeed the ancient harbor of a busy trade port. This was where the ancient Egyptians docked their boats for long trade expeditions southward. It turned out to be such an important area that the Director himself took over excavations there the following season.

So, there I am far away from the rest of the excavation team beyond anyone’s viewpoint sequestered in an area nicknamed ‘Djibouti’ because of its remoteness and distance from everyone else over in the ‘Egypt proper’ trenches. I didn’t know Arabic, still really don’t, and I’m alone with 5 Egyptian workers who don’t know English. Fantastic. But it turned out to be AMAZING! I’ve said it before and I will say it again, you don’t need a common language to have fun and make friends. I had a phrase book that we would use to communicate and at one point were able to speak with sounds. My Egyptian worker buddies started making animal sounds at me, umm okay, and eventually I realized they were trying to ask me if I had pets by making cat, dog, and bird noises. I replied with meows and woofs. The only real miscommunication happened when I tried to pantomime/explain snow and they were utterly horrified at the thought of ice raining down from the skies. Remember, Egypt is hot. Always. Even when I was there in December it could get up over 90 degrees. They do get snow on occasion, but the way I made it seem, I guess it was more like icicles and hail smashing you in the face than slow falling gentle snowflakes.

Anyway, setting now set, enter my friend Hammad. He was bigger and stronger than my other workers because he’d been in the army. This was a huge help when it came to the manual labor side of archaeology. Despite his outward intimidating stature compared to some of the other guys, he had the biggest smile and was ALWAYS there to help me. Along with that toothy grin, every day he wore a green jumpsuit, a white turban, and dark brown sandals. Hammad was great at understanding what I needed the men to do and getting them to do it. He was my right hand man for that season. On slower days, sometimes we had wheelbarrow races to see who could get more dirt to the dump pile faster. This was really me trying to get them to work more when we were all being kind of lazy. I participated too! And lost. As I should. I wanted to encourage my workers, not intimidate them. Hammad always won of course being able to carry much more dirt than some of the young, lanky teenagers. That season I spent many hours in ‘Djibouti’ with Hammad and my other worker buddies digging and conversing in our own mime-esque ways. It was an incredible experience and lots of fun.

Now, you’re probably wondering how this relates to hip surgery. Well, the following year I went back to the same dig and was so excited to see my Egyptian worker friends. The first day on site I looked through the crowd of faces trying to find Hammad. But he wasn’t there. Maybe he had a full time job now or was on another dig. That can happen. These guys were Quftis – some of the best archaeology workers in all of Egypt and in high demand. Generation after generation of excavation specialists originally trained by Flinders Petrie himself, the father of Egyptian Archaeology, in the late 1800’s. They are called Quftis because they come from the town of Quft.

Later that day when I had a free moment, I found Amir, son of the Reis (Headman), and asked him where Hammad was. They were good friends so he’d be able to tell me. “Sabah alkhyr Amir! Hammad?” I made the shoulder shrug motion of I don’t know while raising my eyebrows inquisitively. Amir responded by pantomiming driving a car. While “driving” he made a sudden and severe steering wheel turn and flipping over motion. [Oh god! A car accident?!] He then ran his outstretched finger across his waist – the same way people do across a throat to indicate death. WHAT?! Hammad is dead?! I wasn’t really sure what was happening here and was getting upset. Eventually, one of my Egyptian colleagues translated more information for me. Amir said that Hammad had been in a car accident and was now paralyzed from the waist down. He could no longer work. I was very sad for my friend. All I could think about was Hammad sitting alone in a wheelchair staring out the window of a small house at the unpaved roads outside. Car accidents are not uncommon in Egypt. I’ve never been more terrified, yet also fascinated and exhilarated, as riding in a car on a highway in Cairo. 3 lanes across? Nah. Let’s drive as if there are 4! Speed limit? HA! Nothing more than a hindrance! I do not honestly know what the ambulance system is like in smaller Egyptian towns or what kind of care Hammad received after the accident. Thank the gods he lived through it at least. That being said, in any country more remote areas are harder to get to for emergency medical care. I know many places in the US and Canada that would have less accessibility to various treatments or resources. An example, for my hip surgery, I know other people with the same type of damage that had to travel to a different state or province to find a specialist surgeon. While recovering, if I needed to go somewhere, I live in a city and could easily call a cab or ride the bus that stops directly outside my apartment building. And on crutches, it wasn’t difficult to maneuver on well-paved sidewalks, roads, and cross-walks. But what about Hammad? I have not been to Quft but I have been to other small towns in Egypt. Not all of the roads are paved and there aren’t always sidewalks. If they are there, it is doubtful they have ramps. How often would wheelchair wheels get stuck in dirt ruts? Plus, you have to look out for donkey carts and stray dogs. And crowds. The notion of personal space is different there than what we’re used to in North America. From what I have read online, people with disabilities can have a tough time in Egypt and are often marginalized. The NCDA (National Council of Disability Affairs) is trying to improve conditions, but making an entire country including many small towns accessible to people with disabilities is not a plausible immediate goal. And when Hammad was first injured, did he have an office full of caring physical therapists and other medical professionals just down the street to help rehabilitate him like I do? Probably not. I’ve been told my PT is just as important as the surgery itself. Again – I am very lucky. Could he go online and order groceries, including wine and beer, to be delivered right to his front door? Doubt it. Though I am going back a decade here so online grocery delivery probably wasn’t a thing yet in most places. What options did he have for surgery or extensive medical care? And how much would it cost someone not able to work? Medical expenses can be utterly atrocious even bankrupting people who don’t have good insurance coverage. I live in Canada – hip surgery was FREE. A million YAYs for Universal Health Care Systems! Otherwise, I’d still be hobbling around suffering chronic pain with no end in sight. I doubt Egypt has the same coverage level.

I’m not trying to be overly negative here or cause you to feel bad for Hammad. I don’t know his current condition. He could be fine. And I will hope that’s the case. Human beings are an incredibly resilient species. We take the situations we’re dealt in life and adapt as best we can. We are also a social species and many of us have relationships with friends and family who are able to help out when we’re in need. I can only hope Hammad had people around to help him. Unfortunately, my time on that particular dig has ended so I can’t ask Amir how Hammad is doing now.

To end this post, I will give you a mythology reference from ancient Mesopotamia about a man who couldn’t walk. Different culture but still a good story. 4,000 years ago, the god Enki challenged the goddess Ninmah to create malformed human beings from the sacred clay of the Apsu. He claimed he was so great, that he could fix anything she did. Ninmah accepted the challenge and as she brought each little clay person to life, she handed them to Enki. He laughed at her naivety and said these were all good people who would prosper. He made a special place in society for each one of them. For the man whose feet didn’t work and he couldn’t walk, much like my friend Hammad and me with my right leg for the first few weeks after surgery, Enki made him a Silversmith thus giving the man an important job making elaborate jewelry and items of adornment for the elite. If the man unable to walk could be made a prominent member of society four millennia ago in ancient Iraq, then we should sure as hell be able to accommodate people today.